skip to main | skip to sidebar

Piano Recital in Miri and Kota Kinabalu by Matthew Kam 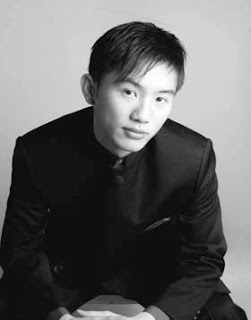 Prelude Music will be organising 2 piano recitals in July, one in Miri on 19th and one on 20th in Kota Kinabalu.

Matthew Kam is a rising star in the new generation of Classical music performing artists. His solo performances have been widely recognized as being warm, sensitive and intelligent, ‘full of drama and great lyrical expressiveness’. A critic in The Age of described him as an “engaging young pianist [who] rises above the note-spinners; an interesting musician, one who shows a winning potential to take you further into challenging music.” Internationally acclaimed Finnish composer Einojuhani Rautavaara (b.1928) wondered in a recent personal letter how Matthew, so far removed from the surroundings which gave birth to and nurtured him and his music, could “so naturally grasp and interpret my music”. A versatile artist, Matthew also enjoys performing in chamber music ensembles, exploring a wide-ranging repertoire from the classics to the avant-garde.

Inspired by his elder sister Charissa, Matthew began learning the piano when he was five. In his formative years in , he was taught and inspired by several piano teachers including the Malaysian Philharmonic Orchestra pianist Akiko Nakamura, Choristers director Yap Cheng May and well-known pianist and educationist Loo Bang Hean.

Whilst in Australia, leading music professor and pianist Max Cooke (OAM, Bundesverdienstkreuz) of the University of Melbourne who formerly trained in Paris with Alfred Cortot, recognized Matthew’s potential and decided to accept him as one of his protégés. Professor Max Cooke has since continued to train and mentor Matthew in his ongoing professional development.

In 2000 he was the highest prize-winner of the National Piano Festival Competition held in Ipoh and was awarded an International Undergraduate Scholarship by the University of Melbourne for studies in music. He graduated in 2004 with Bachelor of Music Performance (Honours) and did a post-graduate diploma course in performance at the of the Arts in in 2005.

In 2004 Matthew won the coveted Australian National Piano Award. In this competition, he was also awarded the Special Prize for the ‘Best Performance of Music Written after 1950’, which was specifically for his performance of Rautavaara’s Fire Sermon Sonata. Matthew also won the Hepzibah Menuhin Memorial Award, the 3MBS-FM Young Performer of the Year Award, National MBS Young Performers Award and many other prizes in the past. Matthew has made numerous live and recorded broadcasts for ABC Classic FM and MBS FM Network across , and has appeared with BBC Radio 3 in .

He moved to the from in 2005 after receiving major scholarships and sponsorship for further studies at the Royal Northern College of Music, where he is currently a Junior Fellow in Solo Piano. His current teachers include Helen Krizos and Nelson Goerner. At the RNCM, Matthew has won a string of competition prizes and performed in several RNCM Music Festivals, as well as in the 2006 Second Glance and Peterborough Festivals in the . He was awarded the first Yamaha Piano Scholarship for in 2006. An RNCM Gold Medal Finalist in 2007, Matthew is a holder of the RNCM PGDip(Perf) and MMus(Perf) and is a sponsored artist of the Tallis Foundation of Australia.

Matthew has gained considerable performing experiences since the age of nineteen. He appeared as a soloist with the Melbourne University Symphony Orchestra performing Tchaikovsky’s First Piano Concerto, attended the Tanglewood programme in the in 1999, the 2003 Wiener Musikseminar, the 2003 Russian Piano XXVII Masterclasses and the 2006 Beethoven Chamber Music Course at in . He also toured parts of Western Europe and , performing in solo recitals with the Team of Pianists in 2002 and 2003. Matthew has had masterclasses with Charles Rosen, Stephen Hough, Philippe Cassard, Paul Badura-Skoda, Vitaly Margulis and Andrea Bonatta. He recently gave performances of Rautavaara’s First Piano Concerto with the RNCM Symphony Orchestra in and .

He has a busy performing schedule in 2008 for recitals in , , and . On he will give a solo recital at the Kuala Lumpur Performing Arts Centre in connection with the HSBC Classics Piano Festival 2008.

In April 2008, he released his first commercial compact disc on the Schimmel Artist Collection label.

Is that Mr.Matthew is Mr. Yap's student??

Awesome blog, I hadn't come across preludemusic.blogspot.com previously during my searches!
Continue the good work!